Lots of investors are looking to get started, and as active real estate experts in Plantation FL, we get asked to share our secrets quite a bit. Fortunately, we love to share 🙂 One of the biggest questions we get from local investors is ” How to find good investment property in Plantation FL?” With the flood … Continued

So you wanna get started investing in Plantation and you’re checking things out, eh? Good for you. Always do your homework and you won’t get schooled. Here’s some great tools that we’ve found and we use from time to time and great real estate investing resources in Plantation for investors here locally to tap into … Continued

There’s a lot of competition to find great deals on local Plantation FL foreclosure properties. Finding them is only one part of the process – you also need to know how to capture them. Here are a few secrets from the pros that we’ve used with great success on how to find great foreclosure deals in Plantation. … Continued

Short sale properties can be a great source of income for investors, and a great deal for home buyers. It’s important to keep in mind that a short sale is one where the bank has approved a loss on a current loan. They’re losing money, so they want to unload. Generally the current owner is in a rough … Continued

There’s a ton of information on finding foreclosures in Plantation, and lots of services that will charge you for access to their data. In fact, we have our own foreclosure property listings in Plantation FL right here. Join our Foreclosure Property Alert List here >> But… How do you tell the difference between credible information and … Continued

This article written by Ina Cordle from August 29, 2017, published on therealdeal.com states that Miami home prices rose 5 percent in June, year-over-year, marking the fifth lowest increase nationwide, according to the latest S&P CoreLogic Case-Shiller Index. The article continues that the newly released report, which tracks 20 major metropolitan areas in the country, shows home prices in … Continued

This article was published on September 02, 2017 at therealdeal.com and states that  Florida East Coast Industries (FECI), the parent company of All Aboard Florida, held a topping-off ceremony Thursday to mark the completion of the structure of an apartment building in downtown West Palm Beach. The 290-unit apartment building is scheduled to open in the fall of 2018 … Continued

According to an article by Katherine Kallergis from August 30, 2017, published on therealdeal.com nearly 16,000 apartments are slated to come online in South Florida this year, but rents are still expected to keep rising, according to a new report. Apartment rents rose annually in Miami, Fort Lauderdale, and West Palm Beach in June, according … Continued

While most people understand that real estate is an investment, many people are taking advantage of the qualified retirement accounts to purchase real estate as an appreciating or revenue-generating instrument like IRAs. It’s really important to understand the tax implications, legal ramifications, and various other intricacies of purchasing [market_state] real estate within your IRA. So, lets dive into … Continued

If life were predictable, we’d always have as much money as we need. But life isn’t predictable, so once in a while we need a personal loan to help cover a shortfall or to consolidate some high interest expenses. Since this isn’t something that people do very often, we don’t always know how to find … Continued

This article was written by Josh Baumgard and published June 16, 2017, on the popular real estate website Miami.Curbed.org. It states that Icon Las Olas is looking to shake up downtown Fort Lauderdale’s rental scene when the luxury building finally opens its doors this fall. Josh Baumgard continues that It is Fort Lauderdale’s tallest building … Continued

Are you tired of having bad credit? Does bad credit hold you back? Bad credit is bad enough but when you need to borrow money, having bad credit becomes even more difficult. Banks and financial institutions may not lend to you because of your bad credit, even though you need the money. Lenders normally avoid … Continued 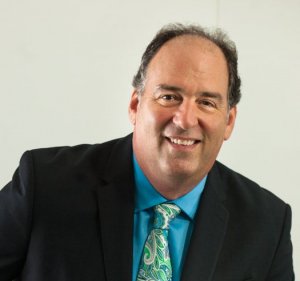 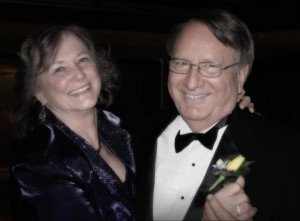